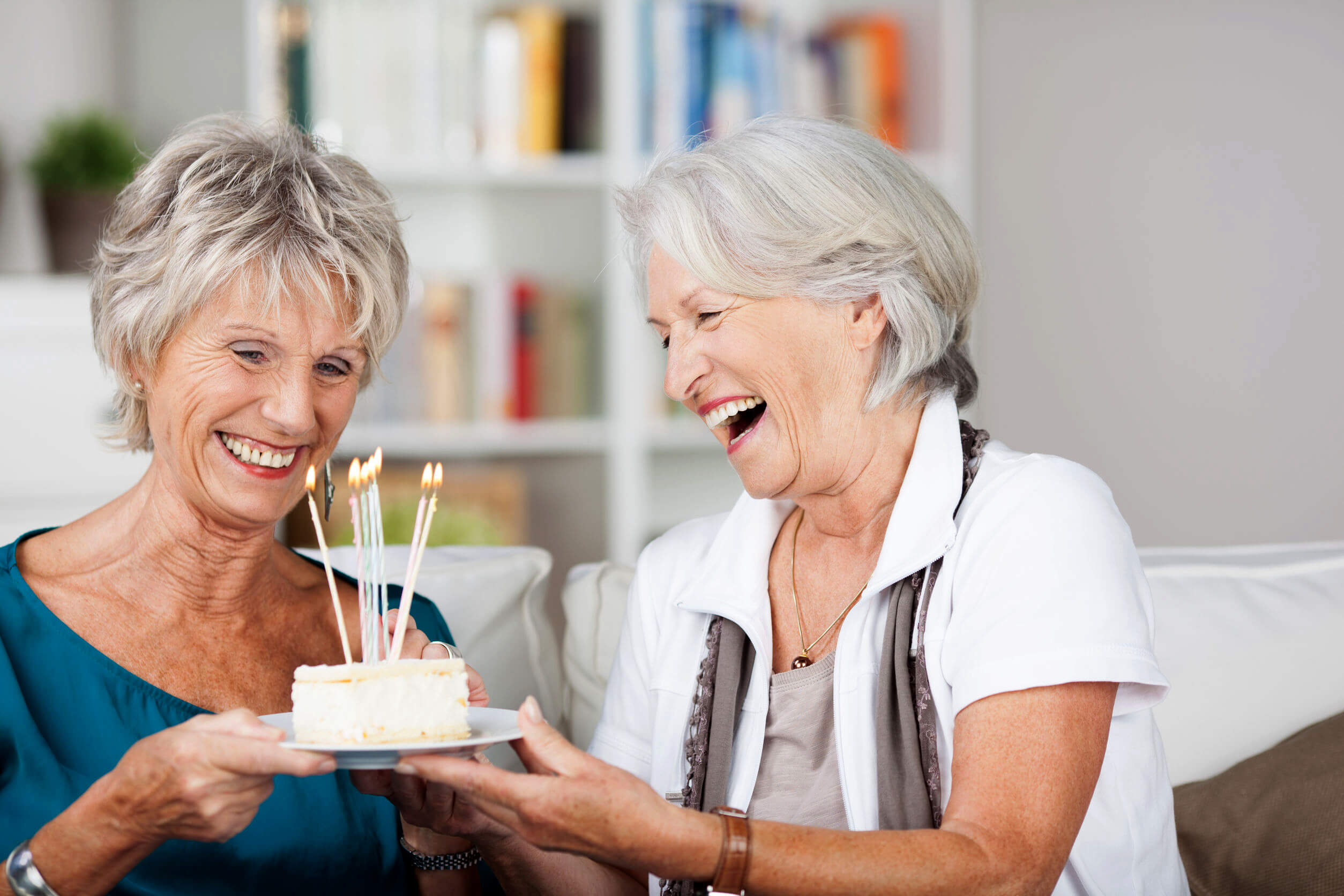 It’s no secret that we live in an age-obsessed society. We see it in the media with perfect bodies and flawless faces, many of which have been enhanced by Photoshop or improved through plastic surgery.

Although men are not immune to negative stereotypes about aging, women bear the brunt of ageism, as recently seen in criticism of the recent reboot of the popular HBO series Sex and the City. The 1990s and early 2000s series portrayed four women in their thirties, looking for labels and love in New York City. The same female characters in 2022 in And Just Like That were subject to negative comments about gray hair and wrinkles developed through the years. Sarah Jessica Parker’s response to critics was simple: “What am I going to do about it? Stop aging? Disappear?”

Pointing to the Power of Stereotypes

Clearly, ageist stereotypes about older adults are pervasive in our culture. And the truth is that they can be a self-fulfilling prophecy. The research shows that if older adults believe the negative views of aging, they are less likely to recover from an injury, are more susceptible to dementia, and may even have a shorter lifespan. One study estimated that negative attitudes toward aging are responsible for an increase in U.S. healthcare spending by a whopping $63 billion a year.

Calling Out the Myths of Aging

Big change starts with small steps, and altering the negative connotations of aging that come from decades of conditioning is no easy task. Shining the spotlight on some of the myths about aging is a start.

Many people might think youth is the key to happiness, but many studies find that older adults are among the happiest of people. In fact, most studies show that adults start feeling happier in their forties, with an increase in happiness each decade thereafter. Of course, people who are unhappy in their twenties and thirties are more apt to be so in their forties and beyond, pointing to the assumption that it’s more about attitude than age.

Social isolation can be an issue for some older adults—particularly those who may have lost a spouse or who have limited mobility—but there are plenty of options available to stay engaged. This is one of the advantages of living in an assisted living community. Meaningful life enrichment programs, social occasions, and visits with family and friends help older adults stay active, happy, and create real community: a place to belong which is essential for all of us.

There are countless examples that dispel the myth that aging makes you less creative. Impressionist painter Claude Monet produced some of his most famous works in his seventies and beyond. Canadian author, playwright, teacher, and newspaperman Robertson Davies published The Rebel Angels when he was 68. Iconic architect Frank Lloyd Wright kept evolving throughout his long career, keeping a firm hold on the construction of his designs until his death at age 91.

Older people are not only able to adapt to new situations, but they are also actually experts at adapting. As we age, we have to adapt to numerous changes and transitions in life, many of which can certainly been challenging. Older adults may be slower to change their opinions, but adaptability is generally retained as we grow older.

Fighting Back Against the Negative Connotations of Aging

Christian Living Communities is committed to changing the negative perceptions of aging—with options for residents in each assisted living community it supports to live meaningful, rewarding lives. Dayspring Villa in the Sloan’s Lake area is no exception. The community offers residents the affordability of living in a neighborhood close to the city with all the perks of big-city amenities. Residents are just a short walk away from beautiful Sloan’s Lake Park and its stunning views of the Denver skyline and the majestic Rocky Mountains.

Like all CLC communities, Dayspring Villa is dedicated to enriching the quality and dignity of life for every individual with our life enrichment programs. Every assisted living resident enjoys amenities to help live as independently as possible and receives quality care when they need it. Caring team members join with older adults to create a community culture that encourages purpose, growth, and celebration for every age.

Assisted Living Downsizing Doesn’t Have to be Scary! – Part 1

Downsizing to an Assisted Living Apartment Doesn’t Have to Be Scary! – Part 2

Get In Touch With Us

We’re here to answer your questions and to help infuse everyday with joy & happiness. Fill out the form below to connect with a representative.

Thank You For Contacting Us!

Here's what you can expect next.

During the hours of:

In the meantime, check out the following resources

A Neighborhood of Christian Living Communities


Dayspring Villa adheres to all regulations as written in the Americans with Disabilities Act and The Fair Housing Act and accordingly prohibits discrimination on the basis of race, color, national origin, age, familial status, disability (whether it be mental or physical), or sex (including gender identity and sexual orientation).